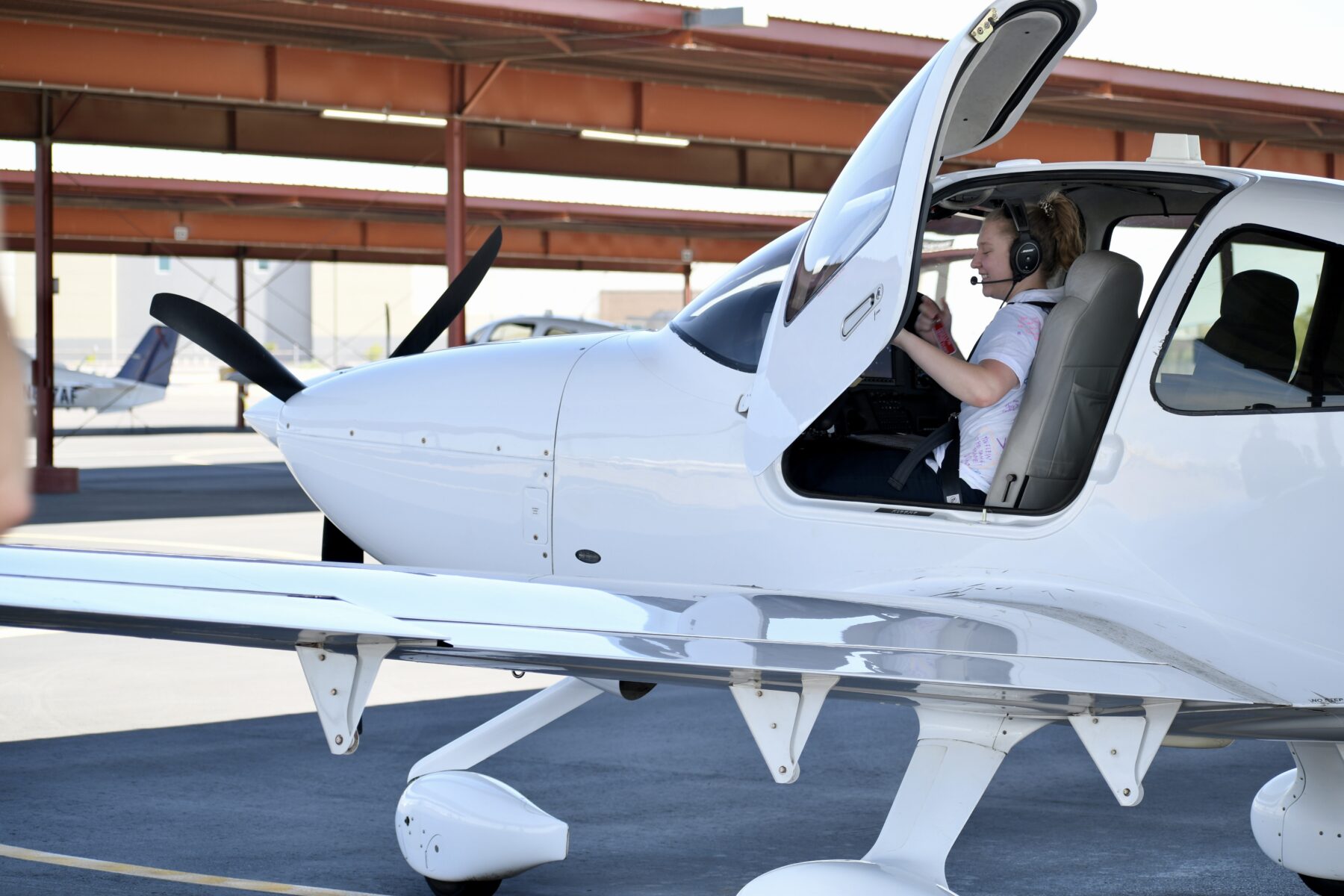 Emily Gardner, a 2022 LAF scholarship recipient, recently reached a few milestones on her way to obtain her private pilot certificate.
She accomplished her first solo flight along with her solo cross country flight. All necessary to satisfy the requirements to obtain a FAA private pilot certificate.  She shared with the foundation this great news on her Road to Wings.

In the aviation industry there are a handful of milestones that every pilot looks forward to. Once you begin flight training, the first one of these is your first solo flight. But how do you celebrate such a big accomplishment?

There are two main ways of celebrating a pilot’s first solo flight in the industry. One tradition includes cutting the back of the pilot’s shirt off to symbolize cutting the end of the student “riding the instructor’s coattails.”

In the early days of flying, there were no high-tech radios, microphones, it was common practice for instructors to pull on a student’s shirttails to get their attention. Once the student was aware of this, the instructor would then be able to shout commands and advice in their ear, reducing the chance for crucial information to be misheard or overlooked.

To mark a successful first solo flight, instructors would thus remove the shirttails of a student upon completion of their first solo. This symbolic gesture indicated to everyone that the student is able to fly without any hands-on instruction, hence they no longer have any need for their shirttails. 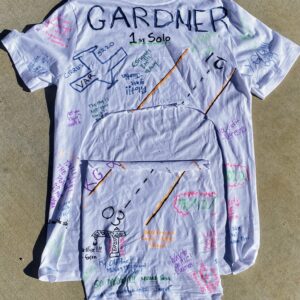 Another tradition is to being “dunked”.  In Emily’s case the Aviate Academy used their pool to dunk her.  You can she she’s soaked in the following picture.    This is a very visually symbolic way to celebrate, and it leaves the pilot with a keepsake to look at in the future.  Ironically, the traditional 1st Solo Dunking Tradition into the pool was conducted one at a time for safety purposes.  (so history says). Additionally, history says this tradition was often practiced in the UK.  It involves a bucket of cold water being thrown over a new solo pilot, soaking them and signifying their baptism into the world of independent flying. 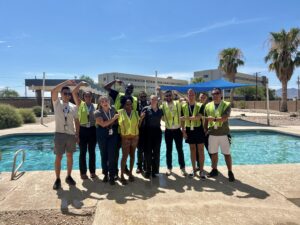 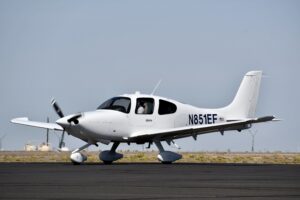 The Lyons Aviation Foundation is a 501(c)(3) non profit private foundation that exists to support and encourage the next generation of pilots and aviators through offering financial scholarships to deserving young persons who are pursuing their Private Pilot Certificate. The Lyons family has been involved in and maintained a history of aviation-related careers for over 65 years.  The Lyons Aviation Foundation story started with Rolf C. Lyons, when he entered military service at the age of 17, enlisting in the United States Air Force in 1955, with his sons later following in his footsteps. This foundation was born out of a desire to give back to the aviation community and the future pilots, mechanics, and engineers working in the field by providing an opportunity to those that might not otherwise have the means to pursue aviation as a career path.  This foundation is a living tribute to a family story and its ties to aviation, military service, and one another.  More information can be found at www.lyonsaviation.org.