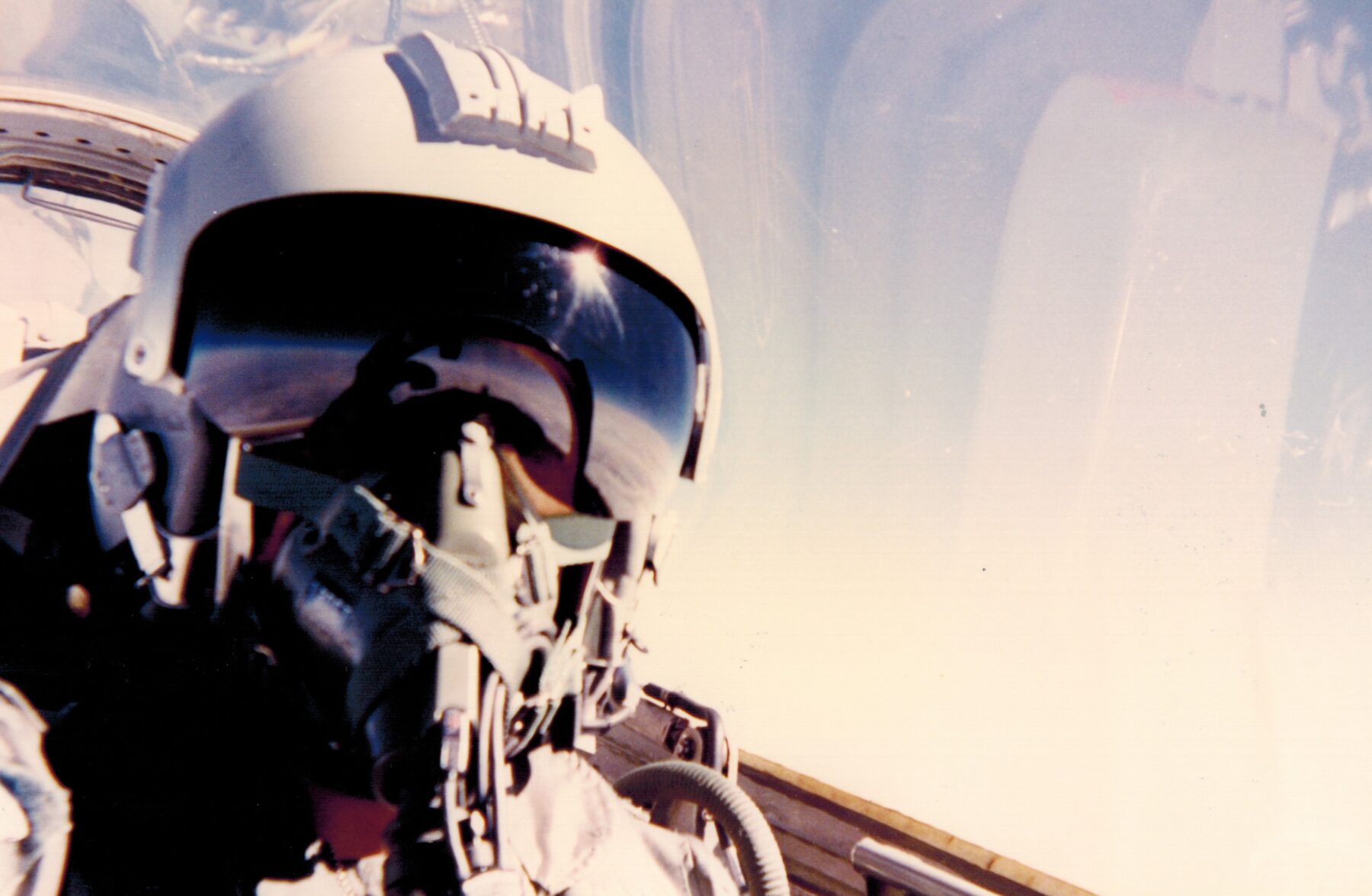 As a child, I grew up in and around the Air Force. My Father was in the Air Force. I was exposed to Air Force bases and planes at an early age. I was also exposed to travel as my dad’s assignments took me to foreign countries, sometimes for years. My middle and high school days were in one place, California.  After my dad retired from the Air force, we didn’t move again.

During High School, I watched my brother pursue aviation, really not knowing what he was doing, other than that he would disappear to go fly. I think he obtained his private pilot’s license slightly after his 17th birthday. He was also very driven to pursue a career in aviation, seeking a nomination and then receiving an appointment to the Air Force Academy.

Indirectly his passion for flight influenced me. Although I did not seek out flying lessons in high school, I followed in his footsteps, which was also following in my father’s footsteps, and I sought a nomination and then received an appointment to the Air Force Academy.

I certainly enjoyed being around aviation while at the Air Force Academy, traveling, studying and learning about aviation.  I was medically qualified to fly, hence I was given a slot to pilot training.  That started the last leg of my Road to Wings.

My road to wings certainly wasn’t easy, I can honestly say I had some challenges to overcome with some parts of the training.  In the end I was successful, and it opened up a world of possibilities for me, and sent me on a career path unlike any other. I think over time I have become more passionate about flying.  It certainly didn’t start at a young age, like my brother.  I knew I enjoyed being around aviation, but when young it wasn’t a passion.  As I have gained more and more experience,  the passion grew and I knew there was nothing else in the world I wanted or ever would want to do. I feel blessed because of the opportunity I had.  Hard work in high school certainly contributed to me receiving an appointment to the Academy, and sent me on the path to becoming a pilot. Although at that time I did not know that. I think because of the challenges obtaining my military pilot rating, I’m very empathetic to what it takes. Some roads aren’t easy and achieving those goals make the achievement so much sweeter.

Every pair of wings has a story, and it’s a story that is near and dear to everyone’s heart. The experiences I’ve had as a pilot, from teaching somebody how to fly, to watching them succeed and then flourish and then later help mentor them has been rewarding beyond expectations.

I’m passionate about this foundation, I’m highly motivated to give back and to help a young person as they reach for their goals.  Hopefully the foundation will be able to set the scholarship recipient on a path that will make a difference to them.  And in their life.